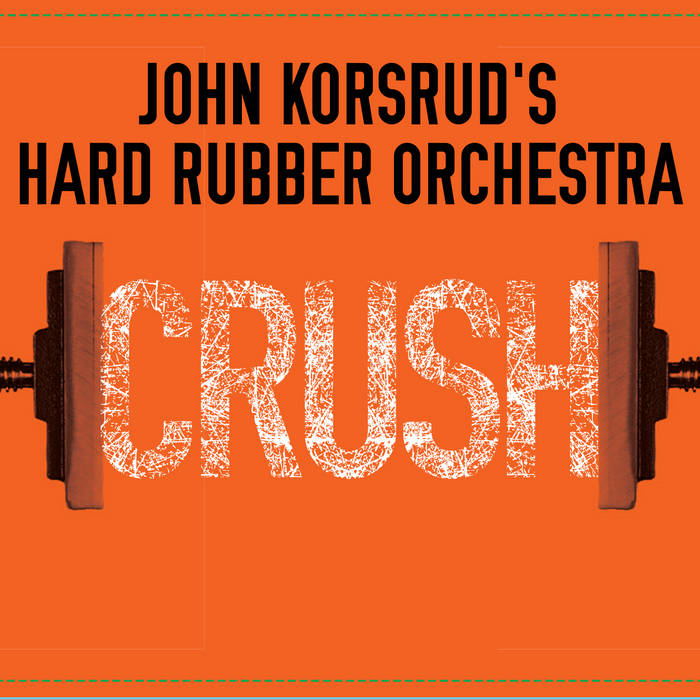 Album Notes
John Korsrud formed the Hard Rubber Orchestra in 1990. They have performed over 100 concerts, toured across Canada several times, and to Europe, produced multi-media shows, operas and ice shows and have commissioned over 40 of Canada's best composers.

John Korsrud is a composer from Vancouver, Canada. He studied with Louis Andriessen in Amsterdam from 1995-97. He has been commissioned by The Vancouver Symphony, CBC Radio Orchestra. John is the recipient of the Canada Council's Joseph S. Stauer Award and the 2012 City of Vancouver Mayor's Award for Music.

Come to the Dark Side was commissioned by New York's American Composers Orchestra and was premiered at Carnegie Hall in 2010.

Crush and Lowest Tide were commissioned by Amsterdam's Tetzepi Bigtet and premiered in The Netherlands in 2002 and 2004.

Peace for Ross is dedicated to the great Ross Taggart, a dear friend, and one of Vancouver's greatest and most beloved musicians.

Slice and WISE Up are dedicated to the ground-breaking Vancouver drum'n'bass drummer Ray Garraway.

John Korsrud is a composer, producer, and trumpet player based in Vancouver, Canada. The new music/ jazz Hard Rubber Orchestra, formed in 1990, represents the cream on Vancouver's creative music communities.

Crush is a CD of high-energy, abrasive new-music funk for large ensemble, also containing "Come to the Dark Side" a work for orchestra and trumpet premiered at Carnegie Hall in 2010 ... more

Bandcamp Daily  your guide to the world of Bandcamp

Featuring interviews with the mighty Hiatus Kaiyote and genre-busting L'Rain.